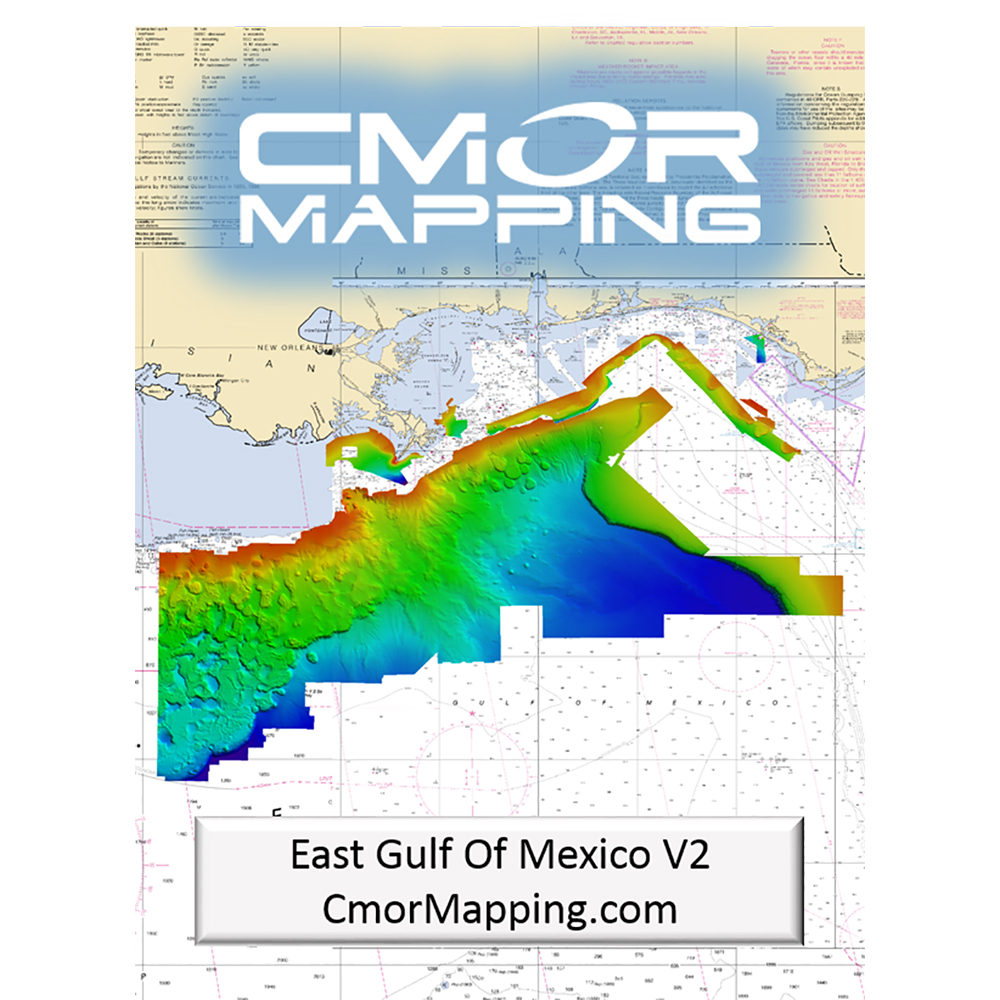 East Gulf of Mexico for Raymarine

The East Gulf Of Mexico V2 CMOR Card includes coverage of the following:

CMOR Mapping bathymetry arms you with more and better data than anybody else on the water.

CMOR cards are compatible with all units capable of running the Lighthouse II and Lighthouse 3 interfaces. In order to support CMOR Mapping, units must have at least v17 software installed. Units include:

With two large facilities and a partnership with over 300 brands in the marine and outdoor industries, CWR’s selection and service cannot be beat. We have an inventory with over 18,000 unique products in stock, ready to ship, and at a competitive wholesale price.

Starting with one of our most popular shipping specials -- almost any size order for a flat fee of just $7.95 -- CWR offers a wide array of providers and service levels, helping you meet delivery requirements and minimize costs.