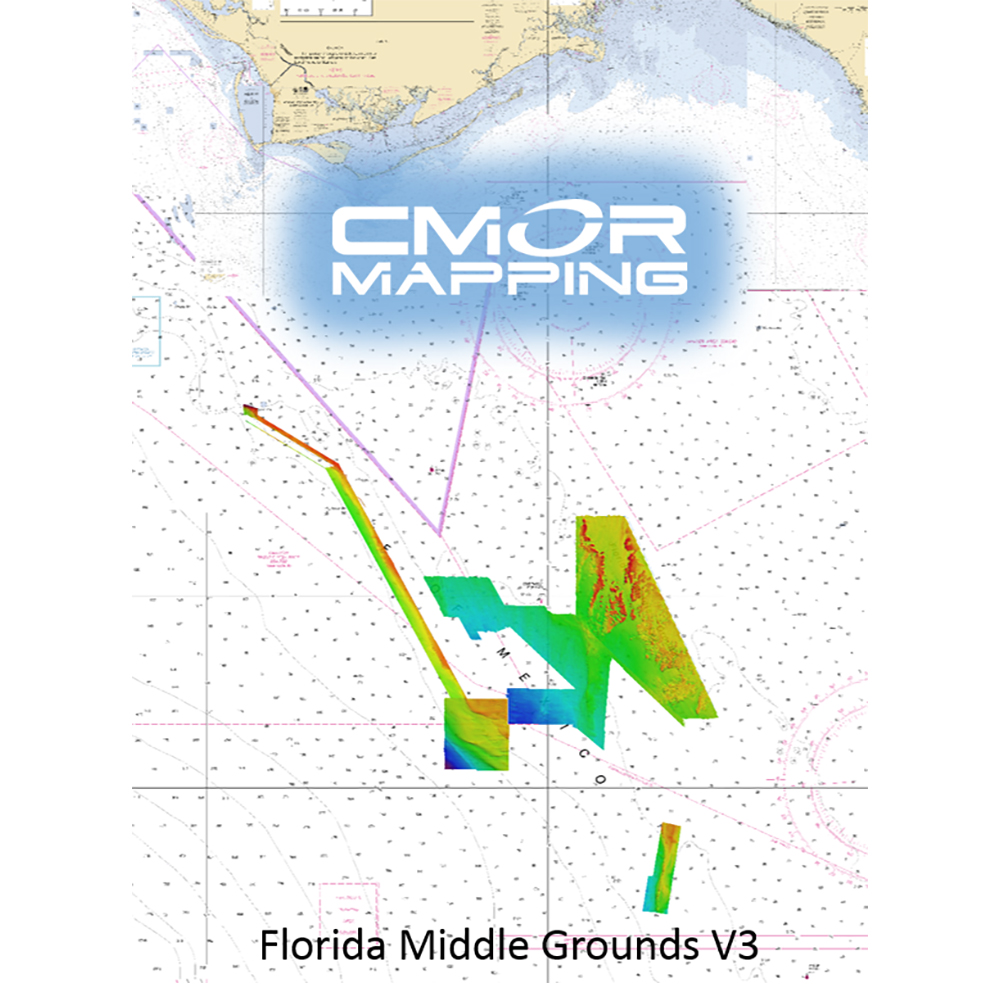 CMOR Mapping’s game-changing, high-resolution bathymetric imagery for Simrad, Lowrance, B & G, and Raymarine chartplotters and Mercury VesselView displays brings the ocean floor into an entirely new level of focus for anglers and divers.

CMOR Mapping data comes from methodical surveys of the entire bottom with high-resolution echosounders — not point soundings and historical records.

With resolution as high as 1 meter — meaning each pixel equals a square meter of bottom — we show you every ledge, coral head, and sunken culvert in unprecedented detail.

Just insert a CMOR Mapping card into your plotter and zoom in to see bathymetric imagery. Your vessel icon shows your exact location relative to bottom features.

The northern end of this extensive reef system lies approximately 65 nm south of Apalachicola, while its southeastern end lies about 70 nm west-northwest of Tampa.

Although the Middle Grounds is among the best fishing and diving areas in the Gulf of Mexico, it's still critical to know where you're going once you invest the time and fuel to make the trip.

CMOR Mapping bathymetry arms you with more and better data than anybody else on the water.

NOAA Chart 11006 is included in the background.

CMOR CARDS ARE COMPATIBLE WITH THE FOLLOWING DEVICES:

CWR understands how important data export is to allowing your business to thrive. From order history to shipment data files to product files and beyond, we provide a variety of ways to view and analyze data on your end.

CWR’s drop-shipping system has been crafted to meet your business needs. We understand that maintaining a competitive business means having access to shipping that is quick, convenient and affordable. Even at a moment’s notice, we are ready.